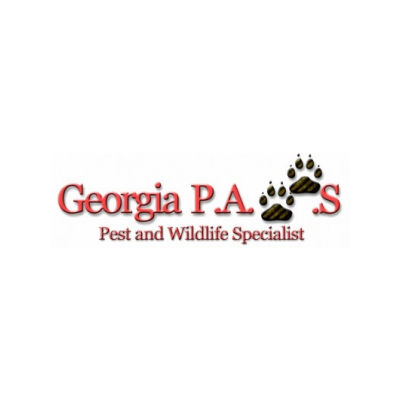 Nick Massey, founder of Georgia Pest and Wildlife Specialists, has over 20 years of experience in the nuisance wildlife control industry. But long before Nick began Georgia PAWS, he understood the need for wildlife control. Nick grew up in a rural area of northeast Georgia and spent most of his childhood living in poverty. The dilapidated houses that he called home were also home to many critters, such as rats, squirrels, opossums and the occasional raccoon. Even at a young age, Nick understood the risks associated with living with these animals. He developed techniques back then to trap and remove them from his home. Nick has always had a love for nature and wildlife. Never did he try to kill these animals; he would carry them across town and release them down by the river. Growing up in this manner, Nick also understood that he would have to work hard to overcome his situation – and that he did! Nick started out in the pest control industry, selling termite treatments. He was instrumental in redesigning the way termite treatments are conducted with one of the nation’s largest pest control companies. His genuine honesty and down to earth personality helped him to become the number one salesperson at each company in which he worked over the years. Nick’s strong work ethic and massive knowledge of the wildlife industry guided him to begin his own company, Georgia P.A.W.S. It has became one of the fastest growing nuisance wildlife control companies in the greater Atlanta area. The company has seen its customer base double year over year. This rapid growth is due solely to the hard work of Nick, the honesty in our service, the quality of the work we provide, the caring attitude of our technicians, and the word of mouth from our satisfied customers. Georgia P.A.W.S’ mission is to humanely control wildlife in order to prevent the spread of diseases and to help in safely removing wild animals from residences and businesses. Because the population is rapidly increasing in Georgia, wild animals are being run out of their natural habitats. They are forced to take up residence in areas greatly populated by humans and in many cases, in the same structure. This is creating an increased need for nuisance wildlife removal. At Georgia PAWS, we are committed to providing humane wildlife removal. We live trap and relocate animals to lesser populated areas, more suited for their survival. There have been many times when one of our technicians has taken home a baby squirrel or opossum to help increase its chances of survival. When wildlife resides in close proximity to humans, they begin to treat the “human world” like what they are used to in their “nature world.” They cause structural damage to buildings and homes. This can range from damage to shingles, flashing, or wood work to chewed electrical wiring. Did you know that one of the main sources of thousands of house fires each year is chewed electrical wires? Animals can also destroy the insulation in a house causing further damage and increasing the risk for diseases such as rabies, roundworm, Hantavirus, or histoplasmosis. The team at Georgia P.A.W.S strives to make our customers feel like family. We have a motto to treat people the way we treat and want our grandmothers treated – with respect, honesty and work that we believe in and stand behind. All of our employees are required to pass a background check and random drug tests. Our technicians have their Resident Tapping Licenses and Nuisance Wildlife Control Permits, both of which are required by the Georgia Department of Natural Resources. We are proud members of the NWCOA (National Wildlife Control Operators Association). We are accredited by the Better Business Bureau, fully insured and are proud to offer lifetime guarantees on all of our exclusion work. We hold ourselves to very high standards and strive to exceed your expectations. We hope you feel like part of our family and will call upon us for your wildlife control needs. Thank you for choosing Georgia P.A.W.S; we truly appreciate your business.